Many women do not have to worry about scheduling their pregnancy around their work schedule. Professional athletes often have to consider their timing. Why? There really is no offseason for professional, female athletes because once their competitive season has concluded they continue to train, or they have sponsor commitments that may include photo shoots or traveling the world for press conferences. All said, it is not uncommon for women who compete at a professional level of athletics to suffer health concerns throughout pregnancy, postpartum depression and even fall subject to decrease in salary.
Recently, several women who are professional athletes have spoken out that they were scared to become pregnant with the fear of losing sponsors or their contract. What a sad feeling to admit, around such a joyful time. This has led some to hide their pregnancies, to keep their wonderful pregnancy experiences quiet and to return to competition as soon as they could. 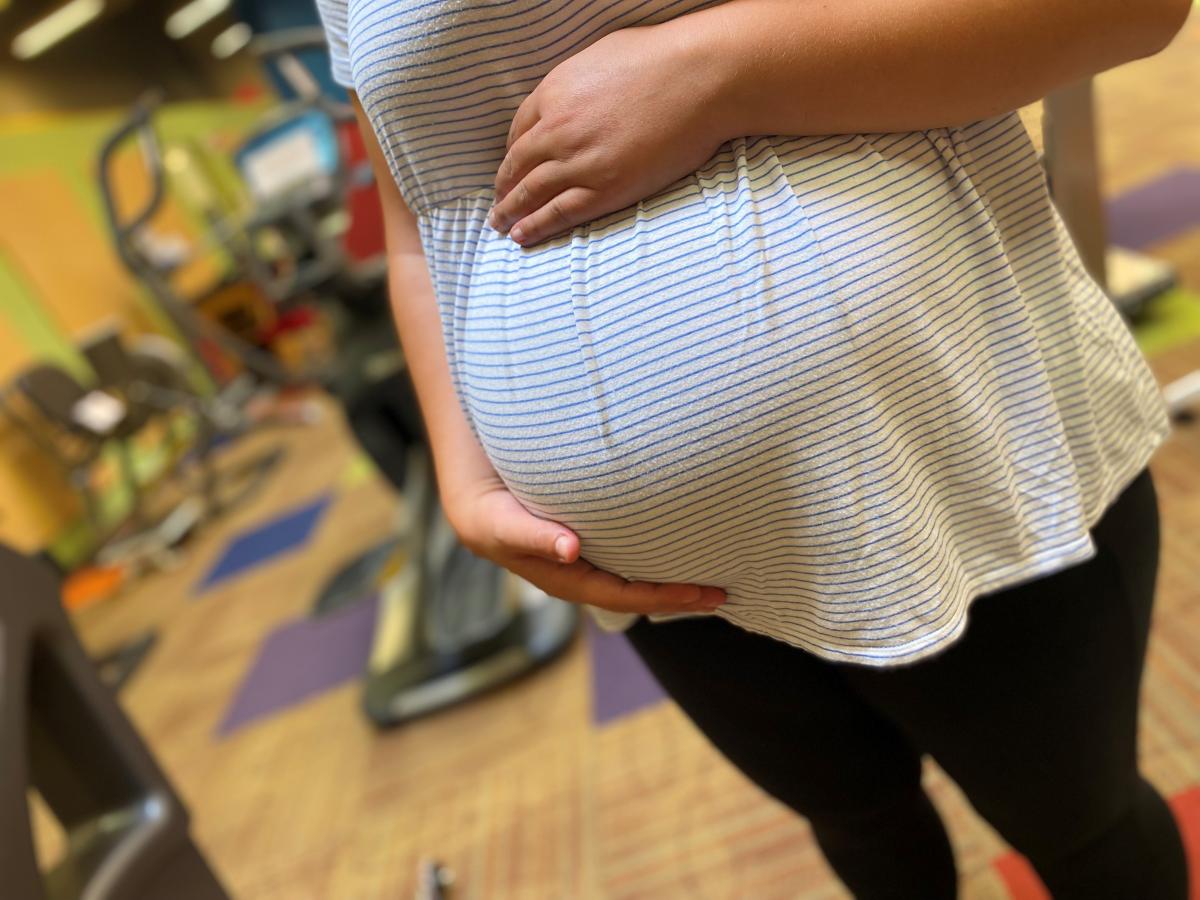 These women are a huge inspiration to me as I’m going to be a first-time mom who works in athletics. There will be times that my little girl will be on the sideline at practice with me, or perhaps helping me to fill up water jugs before a game. I am excited to show her how important and fulfilling it is to be a female in athletics. My daughter will be able to look up to strong and influential women who have paved the path for her future and that excites me. We want young girls to get into sports. And they need to know that they do not have to choose between motherhood or sport. They can do both. After I announced that I was pregnant, one of my student-athletes moms said to me, “that baby does not realize how many big brothers and sisters it is going to have.” I admit, that filled me with SO much joy knowing my child will be so loved by my student-athletes.
Can you imagine the fear of losing all that you have worked for, despite winning world championships and gold medals? Undoubtedly this reality can be detrimental to the mental health or health concerns during and following pregnancy. Skylar Diggins-Smith, a WNBA guard from 2013-present, announced in October 2018 that she had played the entire WNBA season pregnant. Darling, who I referenced earlier, along with Diggins-Smith have both voiced that they were given limited resources to combat postpartum depression and felt they had to pretend everything was fine. Again, can you imagine that pressure?
Thankfully, at my 32 week appointment my midwife had me complete the Edinburgh Depression Scale and we discussed my mental health, how I’m dealing with the constant changes in my body and mind and the ongoing shifts that would take place through the duration of my pregnancy into postpartum.
Becoming pregnant as a professional athlete has long been considered the “kiss of death” for a woman’s career, but that outlook is changing. And I’m here for it. Felix had severe pre-eclampsia and her daughter Camryn was born 8 weeks early and spent 29 days in the NICU. The first time she returned to the starting line, the announcers had a surprise for her and introduced her as “Camryn’s mom”. She was probably quite nervous that day, but I imagine that surprise introduction was the welcome back that she needed, and deserved. Kara Goucher, Olympic distance runner once stated, “You have the fastest women in the world. If you rush them back to competition, you will shorten their careers because of injuries. If we give them more time to recover, maybe then it’s six or seven more years of having this athlete working with you.” With any athlete, returning to their sport too quickly after injury often leads to another injury or a chronic issue. While pregnancy may not be classified as “injury” it is indeed a circumstance where recovery is merited.
My message? Let’s hear it for the ladies. Whether you’re a professional athlete or competing at an amateur level, whether you’re in your 20’s or your 40’s, whether you are gifted the opportunity to give life or supporting another woman who is, remember this. We are witnessing change and inspiration in action. Women are capable of incredible feats – something I will remind my own daughter of, at every opportunity.
By Kim EppersonMS, AT, ATC, Sparrow Eaton Hospital & Charlotte Public Schools Athletic Trainer